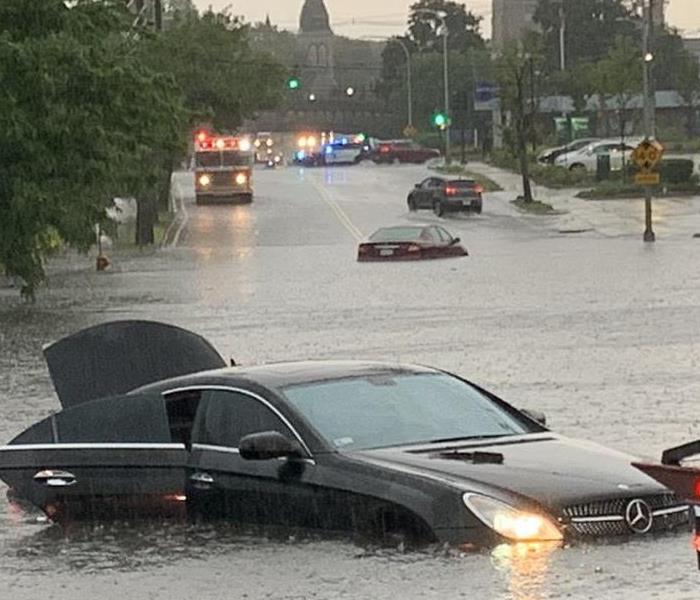 Watch out for standing water.

Global floods and extreme rainfall events have surged by more than 50% this decade, and are now occurring at a rate four times higher than in 1980, according to a new report.

Other extreme climatological events such as storms, droughts and heatwaves have increased by more than a third this decade and are being recorded twice as frequently as in 1980, the paper by the European Academies’ Science Advisory Council (Easac) says.

The paper, based partly on figures compiled by the German insurance company Munich Re, also shows that climate-related loss and damage events have risen by 92% since 2010.

Trends towards extremes are continuing,” he said. “People have experienced extreme weather already - big switches [between] warm and cold winters - but the frequency of these shifts may be changing.”

“Some of the underlying drivers of extreme weather which were speculative four years ago are now looking less speculative and [more like] credible hypotheses. That is the weakening of the Gulf Stream and the meandering behavior of the jet stream.”

The Easac study, Extreme weather events in Europe: Preparing for climate change adaptation, looked at new data and models focused on a potential slowdown of the Atlantic Gulf Stream, due to an influx of freshwater from melted ice sheets in Greenland.

It was compiled by experts from 27 national science academies in the EU, Norway and Switzerland, although the data was not peer-reviewed.

The UN’s Intergovernmental Panel on Climate Change (IPCC) has assessed the probability of a slowdown before 2100 at more than 90% - or “very likely”. However, a complete “switch off of the gulf stream – or Atlantic Meridional Overturning Circulation (AMOC) – is increasingly thought possible by some scientists.

Some studies say this could lower land temperatures in the UK, Greenland, Iceland and Scandinavia by up to 9C.

UK arrays positioned in the north Atlantic measured a 30% drop in AMOC strength between 2009-10, the Easac study says. And while uncertainties persist about the pace and scale of possible future changes, the decline in Gulf Stream strength itself has now been “confirmed”.

Citing “gathering evidence of an emerging negative phase” in Atlantic temperature swings driven by a weakening Gulf Stream, the study calls for research to be stepped up.

Did you know there are different types of flood events. They are all dangerous yet all come with very different types dangers. Knowing where you live and the type of flood your family and home could be subjected too is essential in how you prepare for them. Zurich insurance put a wonderful article about the various types of flood for you to assess.

To plan for floods, you need to understand the type - or types - of flood you may face. Each one bears a different impact in terms of how it occurs, how it is forecast, the damage it causes, and type of protection you need.

A fluvial, or river flood, occurs when the water level in a river, lake or stream rises and overflows onto the surrounding banks, shores and neighboring land. The water level rise could be due to excessive rain or snowmelt.

The damage from a river flood can be widespread as the overflow affects smaller rivers downstream, which can cause dams and dikes to break and swamp nearby areas..

To determine the probability of river flooding, models consider past precipitation, forecasted precipitation, current river levels, and well as soil and terrain conditions.

The severity of a river flood is determined by the duration and intensity (volume) of rainfall in the catchment area of the river. Other factors include soil water saturation due to previous rainfall, and the terrain surrounding the river system. In flatter areas, floodwater tends to rise more slowly and be shallower, and it often remains for days. In hilly or mountainous areas, floods can occur within minutes after a heavy rain, drain very quickly, and cause damage due to debris flow.

To determine the probability of river flooding, models consider past precipitation, forecasted precipitation, current river levels, and well as soil and terrain conditions.

A pluvial flood occurs when an extreme rainfall event creates a flood independent of an overflowing water body. A common misconception about flood is that you must be located near a body of water to be at risk. Yet pluvial flooding can happen in any location, urban or rural; even in areas with no water bodies in the vicinity. There are two common types of pluvial flooding:

Coastal flooding is the inundation of land areas along the coast by seawater. Common causes of coastal flooding are intense windstorm events occurring at the same time as high tide (storm surge), and tsunamis.

Storm surge is created when high winds from a windstorm force water onshore — this is the leading cause of coastal flooding and often the greatest threat associated with a windstorm. The effects increase depending on the tide - windstorms that occur during high tide result in devastating storm surge floods. In this type of flood, water overwhelms low-lying land and often causes devastating loss of life and property.

The severity of a coastal flood is determined by several other factors, including the strength, size, speed, and direction of the windstorm. The onshore and offshore topography also plays an important role. To determine the probability and magnitude of a storm surge, coastal flood models consider this information in addition to data from historical storms that have affected the area.

Below you will find a link not including 2020 as we are still running through the list of named storm for the seasons. We are currently in one of the most active seasons in recorded history.